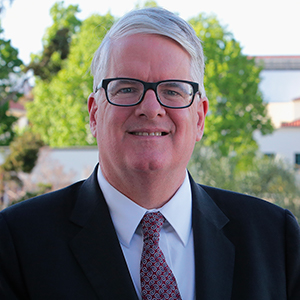 He served as Chair of the Department of Chemistry from 2005-09. In 2009, he moved to Purdue University, where he served as Frederick L. Hovde Dean of Science until 2017. He is currently Dean of the College of Sciences and Professor of Chemistry at San Diego State University.

Prof. Roberts has authored or co-authored over 100 peer-reviewed papers, as well as several book chapters and monographs. Prof. Roberts is the recipient of several awards, including a Special Creativity Award from the National Science Foundation (2003) and a Sloan Fellowship (1996). He was elected a Fellow of the American Association for the Advancement of Science in 2008. His current research interests focus on aerosol surface chemistry.